It’s been a long wait, but the anime adaptation of Steins;Gate 0 is finally set to air in just a couple of weeks. I make no secret of the fact that I love Steins;Gate, but I also know that the time travel elements can be confusing, especially since it’s been seven years since the original anime first aired. To help remedy that, I’ve assembled this short guide answering common questions about important concepts from the original anime, and how 0 connects to the main series. I’m not including any details from 0 itself since I haven’t played the visual novel, but this should serve as a quick primer if you haven’t seen the original in a long time or want to refresh yourself on the basic information. This is by no means exhaustive, so feel free to leave a comment if you have any questions I haven’t addressed here and I’ll update this guide with the answer (assuming it’s not something that hasn’t been answered yet).

A visual representation of different worldlines branching off

Worldlines are a central concept in Steins;Gate, and doubly important in how Steins;Gate 0 connects to the main series. The short version is that each worldline is a different possibility of sorts. They’re alternate timelines that could have huge variances or just minor changes. There can only be one “active” worldline at a time, with all the “inactive” worldlines acting as different possible timelines. The only way to change worldlines is through time travel, like sending a D-Mail. When time travel does change a worldline, reality is completely rewritten to be consistent with the different past. Ordinary people don’t remember other worldlines beyond a few flashes of memory when prompted, but Okabe has the ability to do so, which he calls “Reading Steiner.” The original never explains the origins of Reading Steiner, but it’s implied to be related to when Okabe was sick as a child. The main worldlines that are relevant here are the Alpha worldline, where Mayuri inevitably dies and SERN takes over the world; the Beta worldline, where Kurisu dies and World War III eventually breaks out; and the Steins;Gate worldline, where Okabe saves both Mayuri and Kurisu by going back and stopping Kurisu’s death.

Where is it set in relation to Steins;Gate? 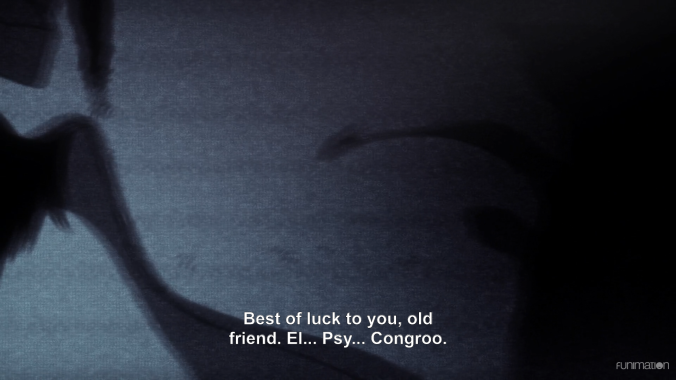 Steins;Gate 0 is set on the Beta worldline, the one where Okabe stops SERN by undoing all the D-Mails but fails to stop Kurisu’s death. The timeline is pretty much the same up until episode 23. Instead of getting a message from his future self after his first failed attempt to save Kurisu, this Okabe doesn’t get any help from his future self and gives up on saving Kurisu and stopping World War III. The Okabe from this worldline is the version who ultimately sends the video message telling his past self how to save Kurisu without losing Mayuri. Steins;Gate 0 is basically what happens after this Okabe gives up and how he eventually learns how to stop Kurisu’s death. The exact way the story diverges is shown in episode 23 β, an alternate version of episode 23 that aired with the rebroadcast of the original Steins;Gate back in 2015. 23 β isn’t available in English anywhere, but there are fansubs on Youtube that are fairly easy to find if you’re interested in watching it. It’s not a must-watch, but it serves as a nice bridge between the two series.

Do you need to watch the original first?

Absolutely. Beyond being an all around excellent anime, Steins;Gate is the main story that 0 branches off from. The events of 0 flow directly out of the events of the original series, and Okabe’s central motivation in 0 is based on what happened near the end of the original. Most of the cast from 0 is from the main series, so you’ll be expected to have at least some familiarity with who these characters are and how they ended up where they are now. Beyond basic plot and character details, the original does an excellent job of getting the audience invested in the characters and their emotions. Watching 0 without that would be missing out on a huge part of the experience.

What about the movie and the OVA?

How is it connected to the other semicolon anime/visual novels?

In short, very very loosely. The semicolon in the middle of the title is a quirk of lead designer Chiyomaru Shikura, and doesn’t actually indicate a common story. Steins;Gate, Steins;Gate 0, ChaoS;HEAd, ChaoS;Child, and Robotics;Notes (known as the Science Adventure series) all share a common universe and some common details, but don’t intersect beyond a few very vague references. Aside from explicit spinoffs like 0, you don’t need to know any entry to watch/read any other. Occultic;Nine and Anonymous;Code aren’t even part of the Science Adventure series and don’t share anything with the others beyond a common creator and misused punctuation. There are a few Steins;Gate spinoffs like Darling of Loving Vows, but they’re considered non-canon and aren’t currently available in English.

The main threat from SERN is largely gone in 0. The main reason SERN was so important in the original Steins;Gate is because they eventually use the time machine they take from Okabe to develop their own time machines and take over the world. In the worldline 0 is set on, SERN never learns about the Phonewave and never advances its time travel research far enough to do anything. Episode 22 of the original features Okabe dismantling the Phonewave and having Daru delete SERN’s records of its existence, which is what moves them to the Beta worldline. The main branching point between the Alpha worldline (episodes 1-22 of the original) and the Beta worldline (where 0 is set) is that SERN never creates the dystopia, so it has no role in the story.

6 thoughts on “What You Need To Know Before You Start Steins;Gate 0”