This review was originally published on The Fandom Post.

What They Say:
“Hibernation”

Winter has come to Land of the Lustrous, and the scenery perfectly reflects Phos’ state of mind. While the snow covered terrain is unquestionably beautiful, the stark and empty landscape also mirrors Phos’ guilt. While Rutile was able to repair both Amethysts and neither of them blamed Phos, none of that helped Phos deal with their own guilt. Aside from Bort’s harsh words, nobody even considered punishing Phos the way they think they deserve to be. Instead, Phos continues to hide their guilt to the point where they can’t fall asleep to hibernate through the winter with the other gems.

Instead, Phos stays awake and teams up with the stern and businesslike Antarcticite (which is actually a real mineral), a gem who’s liquid most of the time and only turns solid when it’s cold enough. Antarc’s job is to patrol and maintain everything while the other gems sleep through the winter, which mostly involves clearing out noisy ice flows and putting the gems back to sleep when they sleep walk. Introducing a new gem every episode is a risky move, but each one has such a distinctive look and personality that none of them feel underdeveloped. After just a couple of minutes of screentime, we see that Antarc sees Kongo as a father figure, and desires his approval just as much as the other gems. They might hide it with their businesslike demeanor, but Antarc is actually a big old softy. You can see it from their interactions with Kongo, and the way they treat Phos like a slightly annoying younger sibling that they still want to help out.

The interesting part about Antarc is that they’re actually more fragile than Phos, and manage to be useful and even fight Lunarians. This casts Phos’ apparent weakness in a completely different light; Phos has always used their fragility as an excuse when they fail, but Antarc is living proof that fragility isn’t an excuse. Phos is clearly going to have to confront the fact that their weakness is at least partly because they don’t apply themself the way they should. That’s what Diamond meant when they said “change yourself.” Phos needs to change internally, not externally.

Phos seems to be a long way away from that, though, as they’re still focused on getting stronger physically. While outside clearing snow, Phos discovers that they can hear and understand what the ice flows, which have a similar makeup to the gems, are saying, likely for the same reason they could understand the King before. However, the ice flows only reflect the inner thoughts of the gems around them, and don’t have any will of their own. This creates a problem for Phos, as the ice starts to reflect their own insecurity and doubts that Phos has always hid behind their exuberance. After Antarc comments that Phos would be more useful with stronger arms, Phos starts to hear the ice saying they should lose their arms the same way as their legs. Phos initially rejects it, but accidently (or perhaps not) falls into the ice and loses their arms as well. That may not be as big of a physical threat as it would be to a human, but it means that Phos could lose more of their memories, just like when they lost their legs. Phos’ insecurities have finally reached a tipping point, where they’re almost willing to sacrifice their memories just to feel more useful. It’s hard to watch, especially with how likable Phos is.

These past few weeks have seen Phos reach a new low point every episode, and this is no exception. With the intentional loss of their arms, Phos might have just reached a tipping point here, and they’ll have to confront their own issues before they can really grow as a person. If there was any doubt left, this episode cements Land of the Lustrous as one of the best shows of the season. Heavy as it can be, I still want to see Phos and Cinnabar accept themselves and grow past their shared inadequacies, and I’m completely confident that Land of the Lustrous will deliver.

This review was made possible by Amazon supplying us with a gift card that gave us access to the Anime Strike service for it. 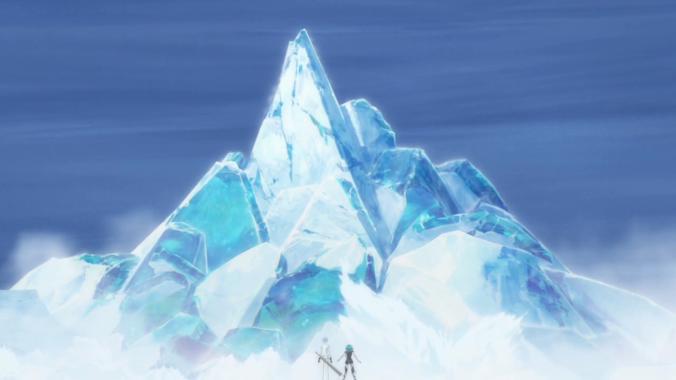 One thought on “Land of the Lustrous Episode 7 Review”