There are some anime that leave a lasting impact on the community. From Ghost in the Shell to Fullmetal Alchemist, these anime are still fondly remembered and frequently discussed within the community. These anime are not my focus here. I’m writing this because I’d like to highlight some anime that, for whatever reason, have largely been forgotten by the community, despite being well worth any fan’s time. Whether a film, an OVA, or a full TV series, these anime are rarely (if ever) discussed and have largely fallen under the radar. There’s obviously more than five good anime out there that have been forgotten, but going over every forgotten anime would take longer than anyone has time for. Instead, I selected five somewhat older anime that I rated 8.9 or higher on my personal scale, but are rarely referenced in the community and have less than 100,000 views on MAL. That might sound like a lot, but even a largely forgotten show like Tsukihime still has over 100k views. I’m not saying that these are all necessarily as good as classics like Cowboy Bebop or Fullmetal Alchemist, but these are all anime that deserve more attention than they get.

Voices of a Distant Star 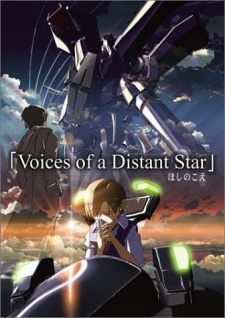 Pretty much everyone knows Makoto Shinkai for Your Name. A lot of people also know him for his other films like 5cm per Second and The Garden of Words. What’s far less known is his first full-length project. Voices of a Distant Star is a personal story by any definition-Shinkai made practically the entire OVA by himself, and it contains all of the themes he’s come to be known for. What sets Voices apart from some of Shinkai’s later work is its length; at only about 30 minutes, the OVA’s entire focus is on its main couple and the pain of their separation. Shinkai movies have always had an enormous amount of empathy for the longing felt by separated lovers, and that shines through in Voices. It may not be his most beautiful work, but Voices is 30 minutes of pure Shinkai that any Shinkai fan should check out.

Read or Die/ROD the TV

Read or Die and ROD the TV are technically two separate stories, but they’re connected enough that I’m putting them as one entry. Read or Die is a short OVA series from 2001 about a spy working for the British Library who has the ability to manipulate paper. The OVA is mostly a fun spy/action show, but its two leads have great chemistry and are both immediately likable, even if they’re radically different people. The plot isn’t the greatest, but Read or Die is so much fun that it’s worth watching anyway. ROD, on the other hand, has a different set of leads and is more slice of life-oriented (at least for the first half). Even with the slightly different genre, ROD keeps the same spy action and clever powers that made the OVA so much fun. Its longer runtime also allows it to flesh out its main characters more than the OVA ever could, giving them a strong relationship and the same easy chemistry that the OVA had. Read or Die and ROD are both fun shows that anyone craving a spy anime should check out.

Tow Ubukata is best known for his sequels and adaptations like Psycho-Pass 2 and Ghost in the Shell: Arise. His best work, however, is easily the film trilogy Mardock Scramble. Summarizing Mardock Scramble is a difficult task. The three films combine sci-fi action, body horror, complex philosophy, and character drama to create a series unlike anything else in anime. It’s not an easy watch as it can be quite slow and isn’t afraid to get explicit (there’s a character named Welldone the Pussyhand, and for good reason), but it’s still a fascinating series for anyone who doesn’t mind the gore and body horror. The relationship between Rune and Œufcoque (yes that’s how it’s spelled) is a compelling one, with the two of them seeming to help each other cope with their own issues. The closest anime I can compare it to is Kara no Kyoukai; they’re both dense and difficult watches, but both worth it in the end.

While Jin-Roh’s director isn’t very well known outside of Japan, it’s writer most definitely is: Mamoru Oshii. While he didn’t direct it himself, Jin-Roh has Oshii’s fingerprints all over it. On the surface it’s about a soldier dealing with his grief over killing a kid, but Jin-Roh goes even deeper than that. Conspiracies abound in its alternate history Japan, while the film itself is squarely focused on humanity and what it means to lose it. This is conveyed partially through extended Little Red Riding Hood allegories (it works better than it sounds), but also through the main character’s actions and those of the Japanese army. Jin-Roh might not be the most uplifting anime out there, but it’s both thought provoking and atmospheric in the same way as Oshii’s Ghost in the Shell. It may not be quite as groundbreaking as GitS, but Jin-Roh is still a classic that any Oshii fan should check out. 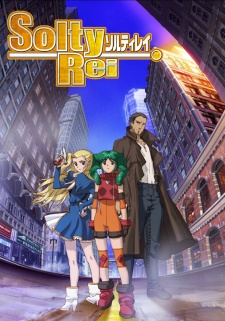 Even though it aired around the same time as shows like Fate/Stay Night and Black Lagoon, Solty Rei has largely been forgotten by the community as a whole, a shame since it deserves so much more. The core appeal of Solty Rei is in its cast, a group of people who end up coming together as a family. Roy and Solty’s relationship may not be the most original, but that doesn’t make it any less compelling. The way Roy gradually opens up and allows himself to be happy around Solty is great to behold, as is Solty’s growing independence as the series progresses. The sci-fi plot around them is somewhat inconsistent, but Solty Rei’s character writing is impeccable. By the end, even the supporting characters feel fully fleshed out and are just as likable as the main cast. It’s a shame that Solty Rei isn’t better known, because it really is a hidden gem.