Now that I’m back from Anime Expo, it’s time to watch summer anime! This season doesn’t seem quite as strong as last season, but we still have quite a few new shows that are worth checking out and some strong carryovers from last season. I’ll be splitting this post into parts this time, so look for part two next Friday. 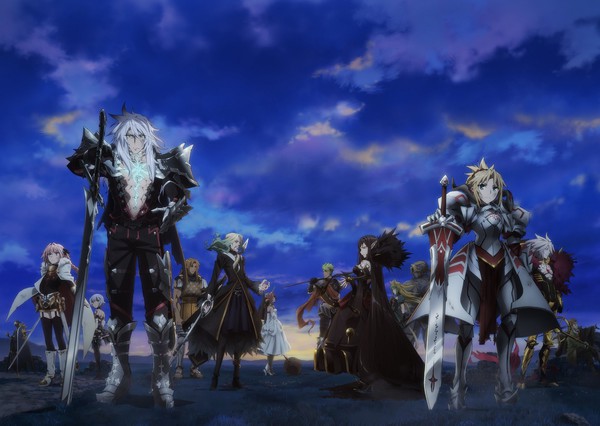 There was once a Holy Grail War waged by seven Mages and Heroic Spirits in a town called Fuyuki. However, a certain Mage took advantage of the chaos of World War II to steal a Holy Grail. Several decades have passed, and the Yggdmillennia family, who took upon the Holy Grail as its symbol, defected from the Mages’ Association and declared their independence. Furious, the Association sent a force to deal with the Yggdmillennia, but they were defeated by the summoned Servants. With the Holy Grail War system changed, war with seven versus seven, breaks out. And so, the curtain rises on the epoch-making Great Holy Grail War.

I’m recommending Fate/Apocrypha here, but there’s one caveat: you need some familiarity with the Fate series. Apocrypha explains the basics of Servants and Grail Wars, but there’s a lot of backstory and it assumes that you know at least something about the Fate universe. You don’t need to be an expert on Fate and seeing any of the Stay Night adaptations or Zero would be enough. You just shouldn’t use Apocrypha as a starting point. Now that that’s out of the way, I can say that Apocrypha had a pretty great first episode. It was mostly introducing the cast and the general setup, but the premise is interesting enough to carry it. Having a Grail War between two factions instead of a free for all is an idea with a lot of potential. Based on the opening action scene, the Servant battles are going to be just as impressive as ever, and the variety of Servants isn’t going to disappoint. The animation is a slight step down from Ufotable’s quality and the colors are a little muted, but it’s  still some of the best TV animation A-1 Pictures has produced yet. The one possible issue that Apocrypha could run into is the same that Fate/Zero had: too many characters introduced too quickly. That hasn’t come up yet, but it could with 14 Masters and 14 Servants. This episode mostly focused on one character, Shishigou, and introducing Yggdmillenia so far, so hopefully it won’t fall into the same trap. Aside from that, I have high hopes for Apocrypha. If it turns out well, it could be another worthy entry in the Fate franchise.

Restaurant to Another World 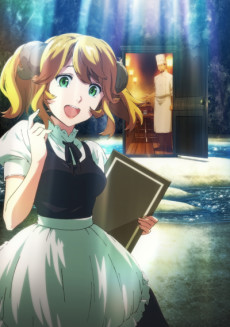 A restaurant called “Yōshoku no Nekoya” (Western Cuisine Cat Restaurant), which is located on the first basement floor of a building at a corner of a shopping district near an office area. While it normally feeds salarymen, there is a secret in Nekoya. Every Saturday when the shop takes a day off, Nekoya is teeming full of “special customers.” For the office workers, it is a familiar place with familiar dishes, but for these Saturday customers — “people from that world” — it is nothing but cuisine never seen or heard before.

Restaurant to Another World was one of the shows I was looking forward to this season, and it didn’t disappoint . This episode was more laid back than I usually prefer, but it was really enjoyable anyway. For one, it was pretty funny. All of the characters from the fantasy world take the food at Nekoya very seriously to the point that some warriors and a wizard nearly start a brawl while arguing over what food goes best with white rice. There’s also a millennia-old shape-shifting dragon who considers the restaurant and all of the employees her treasure because of how much she likes their beef stew. Not a lot happens in this episode, but the comedy and the general pleasant nature of the show was more than enough to carry it. We still don’t know a lot about the exact mechanics of the restaurant, but the episode does introduce us to Aletta, a homeless demon-girl who looks like she’s going to be the main character. The episode takes a little bit too long explaining her backstory, but it also does a good job of fleshing out the fantasy world that Nekoya connects to. It’s hard to tell whether Restaurant to Another World is going to be more fantasy or slice of life, but I’m on board for it either way. 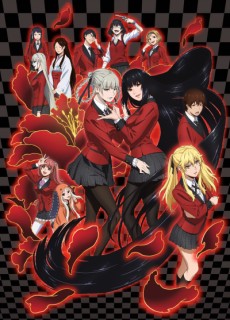 At Hyakkaō Private Academy, the sons and daughters of the wealthiest of the wealthy engage in a unique curriculum geared to teach them to how to read their opponents. Specifically, students have a rigorous curriculum of gambling where the winners live like kings, and the losers are put through the wringer. When Yumeko Jabami enrolls, she’s decides to teach the students what a real high-roller looks like.

I’d already heard good things about the manga for Kakegurui going in, but this episode still managed to impress me. Kakegurui’s premise is pretty ridiculous-a boarding school where the students’ social status is determined by gambling and the teachers apparently don’t care-but the show milks that for all it’s worth. It sets an exciting Las Vegas-like mood from the start with slick animation and upbeat jazz music that sucks you right in, and that’s before it even gets into the gambling part. Most of this episode is one long game of rock-paper-scissors (with a few modified rules) between Jabami and Mary, the resident mean girl, but everything is played up to the point where it seems like life or death. The strategies Jabami and Mary use are over-the-top, but understandable and all involve manipulating the odds and reading their opponent. It’s exaggerated, but it still resembles real gambling enough that it’s easy and fun to follow. The back and forth strategies are great, but the best part of the episode is easily the characters’ mannerisms. Jabami and Mary both act like nice, ordinary people most of the time, but all bets are off once the gambling starts (pun intended). Maniacal grins and half-crazed monologues abound during the actual match, making the entire thing a joy to watch. Not since JoJo’s Bizarre Adventure has rock-paper-scissors been so exciting. I’m not expecting anything particularly deep or profound from Kakegurui, but that’s just fine. Seeing Jabami outsmart people at gambling while grinning psychotically is more than enough to carry the show. Kakegurui’s first episode was a joy to watch from start to finish, and is definitely a show to keep an eye on. 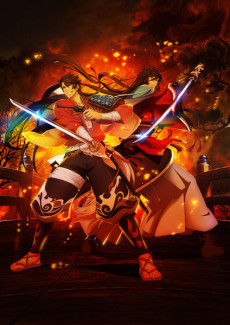 The year is 1863 as the tumultuous samurai era is coming to an end, Japan is split between the pro-shogunate and anti-shogunate factions. The fate of the world is threatened as an army of historical revisionists are sent from the future to alter the course of history. In order to bring these forces down and protect the real history, two sword warriors, spirits who are swords brought to life by Saniwa (sage), rush to Edo. The polite and thoughtful Horikawa Kunihiro and the short tempered yet skillful Izuminokami Kanesada, who served the same master, confront the invading army along with a lively gang of other warriors including Mutsunokami Yoshiyuki, Yagen Toushirou, Tombokiri, and Tsurumaru Kuninaga. As the fate of history lies in these hero’s hands, what meets the blade is yet to be uncovered…

While Touken Ranbu had an earlier adaptation in 2016, Katsugeki Touken Ranbu is decidedly a different show. While the first adaptation was mostly a slice of life with a lot of bishounen, this adaptation is primarily a historical action show with a lot of bishounen. As action shows go, Touken Ranbu had a reasonable start. There were a good number of fights with some solid choreography and absolutely gorgeous animation by Ufotable. Like most Ufotable anime, Touken Ranbu has a lot of digital effects and computer generated backgrounds, but it’s hard to argue with the results. The animation is smooth and fast paced, and the artwork is consistently beautiful. However, this episode was mostly carried by the action. The two leads have some nice chemistry, with Kane as the experienced veteran and Kunihiro as the newbie who’s still learning the ropes. There’s not a whole lot of complexity there, but their chemistry is solid enough. The main reason I’m not giving Touken Ranbu a stronger recommendation is because there isn’t a strong hook for the story yet. We learned that the Time Retrograde Army wants to change history, but we still don’t know much of anything about who they actually are, why they want to do that, how they’re doing it, and who Saniwa is. If the next few episodes can flesh out the story and characters a little more, Touken Ranbu has a lot of potential as an action show.