I would watch Spice and Wolf for the characters alone. Don’t get me wrong, the economics-based plot is interesting and original (albeit sometimes confusing), but Lawrence and Holo are the reason it makes this list. Their relationship is one of the best and most natural I’ve seen in any anime, even though its between a merchant in a fantasy world and a wolf goddess. They start off as simple travelling companions but grow into close friends and then a couple in such a natural way that you barely even notice the shift until afterwards. Their relationship isn’t conveyed through big romantic gestures, but through casual banter and friendly teasing. Their banter is so charming and fun that I would watch a whole anime that was just the two of them chatting. Unlike most relationships in both anime and fiction as a whole, they’re always equals. Most romances I’ve seen have one partner in a superior position, whether it’s due to age, experience, or supernatural powers. Lawrence and Holo, on the other hand, always appear to be on equal footing. Holo is an old wolf goddess and can take care of herself, but Lawrence is more experienced as a traveler and a merchant. They both have their own goals and sometimes even act on their own. I wish it had a more conclusive ending, but Lawrence and Holo’s relationship is one of the best I’ve seen in anime, and is more than enough to make this list.

As action shows go, few can top One Punch Man. You’d think the fights wouldn’t be very entertaining since the very premise of the show is that Saitama always wins in one punch, but you’d be very wrong. One Punch Man takes that premise and rolls with it, turning every fight into a huge spectacle. Even though the outcome is pretty much predetermined, Saitama’s punches never get boring; if anything, they get more exciting as you see how ridiculously strong he is. These fights are supported by some of the best animation you’ll see in anime. The non-action scenes don’t seem like anything special, but the action scenes have some absolutely amazing sakuga that most TV anime can’t even come close to matching. In between all of the fights, One Punch Man is also pretty hilarious. Most of the jokes revolve around how everyone takes things completely seriously, while Saitama treats even the most dangerous villain like it’s just another day at the office. His attitude is both funny and unique. It’s refreshing to see such an original character, and seeing his unique perspective on more typical shounen/superhero situations is always fun. One Punch Man may not be particularly deep, but it’s one of the best and most original action anime out there, and deserves all of its popularity.

Hellsing Ultimate isn’t a series for everyone. Its violent, over-the-top, often pretty silly, and relishes in showing its overpowered main character destroying helpless villains. That said, it’s also one of the most entertaining anime out there. There’s something that’s just pure fun about watching Alucard slaughter his enemies and laugh at how much fun that is. Alucard is a fairly simple character for most of the show, but he’s a joy whenever he’s on screen so that you end up rooting for him anyway. Even when the violence is at its most extreme and exploitative, Hellsing Ultimate never comes off as hateful or mean and just wants to be entertaining. It’s obviously not meant to be taken seriously, and rarely tries to be serious, which is just fine. The entire point of Hellsing Ultimate is to show a lot of fun vampire fights, and it excels at that. If the concept of vampire Nazis sounds stupidly awesome (or at least awesomely stupid), then Hellsing Ultimate is the anime for you.

Though it’s a step down from the original (which you can find further down this list), that’s hardly a mark against Steins;Gate 0. It gives us a return to the lovable dorks from the original as they try to deal with the fallout from an alternate ending (I’m keeping it vague to avoid spoilers). 0 maintains a gloomier tone than the original, which only makes the peaks hit harder. It presents you with someone trapped in despair after seeing horrible things happen over and over and being helpless to stop them, and yet it remains one of the strongest statements of hope I’ve seen in anime. For as dark as it can get sometimes, it continually reminds the audience that you only lose when you give up. It tells us that there’s always a chance to make things right, if you can only reach out and take it. With as excellent a foundation as the original Steins;Gate, 0’s message hits all the more harder. Though it sometimes struggles to adapt the various routes of the visual novel into a cohesive whole, 0’s high points more than make up for its flaws. If you loved the original, then you owe it to yourself to watch Steins;Gate 0. 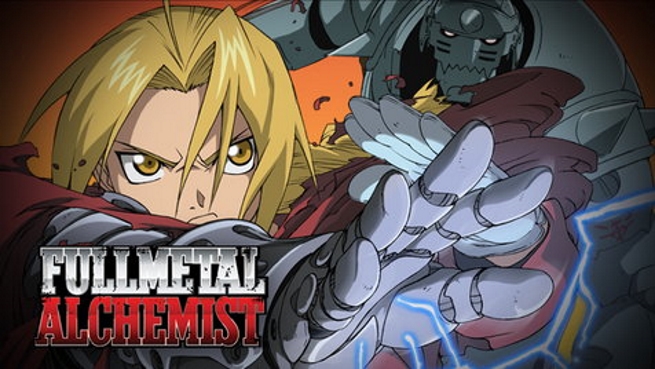 There’s a good reason FMA is so highly regarded: it’s really really good across the board. It has a compelling premise, a strong cast of both main and supporting characters, a great soundtrack, and an intriguing story that builds gradually but never gets bogged down. Edward and Alphonse’s journey to find the Philosopher’s Stone is both original and powerful, but is balanced with so much more. The way they gradually learn more about the history of their country and the conspiracies surrounding them constantly makes you want to learn more and some of the things you find out are genuinely shocking. FMA doesn’t pull any punches and isn’t afraid to tackle darker topics like war and genocide, which it handles with a maturity you wouldn’t expect based on the goofy comedy. The only thing keeping FMA out of the top five here is the final act (including the ending). The last few episodes aren’t bad, but they’re a distinct step down from the rest of the show. The whole final act comes off as rushed and sudden, like the creators didn’t have enough episodes to fully set up and explain things. Even so, FMA still more than lives up to its reputation and deserves its place on this list. 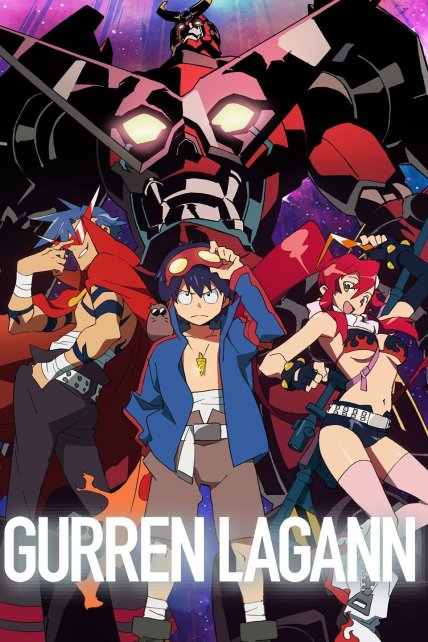 At this point, you’ve probably noticed that I usually like over-the-top action shows, which makes Gurren Lagann exactly my thing. Gurren Lagann is the epitome of ridiculous action and practically challenges the viewer to top that. Starting off as a goofy homage to 70s Super Robot anime, it grows to top all of them in terms of how bombastic and exciting it gets by the end. I’d like it for that aspect alone, but it gets on this list for how emotional it can get. The characters are all pretty simple, but they’re also easy to connect with and exude the same passion that the show does. It’s hard not to cheer (and possibly shed manly tears) for characters who stare down impossible odds and still shout “Who the hell do you think I am?!!” No matter how insane it gets at times, Gurren Lagann never loses sight of its characters and always prioritizes their feelings and growth as people, which is what really puts it on this list. It can be pretty stupid sometimes, but even that contributes to the sense of fun it almost always maintains. It may be stupid at times, but its also exciting, fun, cool, heartwarming, and just a joy to watch.