Note: I’m writing this based on having seen the 1997 adaptation of Berserk, the 2016-2017 adaptation, and read the Black Swordsman and Lost Children arcs of the manga. I haven’t read ahead in the manga, so I won’t be referencing anything beyond that.

It’s no understatement to say that backstory is an important part of Berserk. The Golden Age arc was entirely backstory but was over ten volumes of manga and had more than enough content for 25 anime episodes. It’s obvious and pretty trivial to say that people and characters are influenced by their pasts, but Berserk takes this a step further. Characters in Berserk aren’t just influenced by the past, they’re defined by it. The past holds them down and makes their present practically inevitable, even when they try to move on.

Take Guts, for example. He’s a great character, but he’s also about as far from a healthy person as you can get. His entire life is defined by violence and hatred, and he struggles to open up to anyone, even the people he cares about. That isn’t entirely his fault though. Just look at his past: he was born out of a woman who was hanged, raised by a cruel mercenary, sexually abused as a child, and started fighting as a mercenary at age nine. Nobody would come out of that well-adjusted and put together. 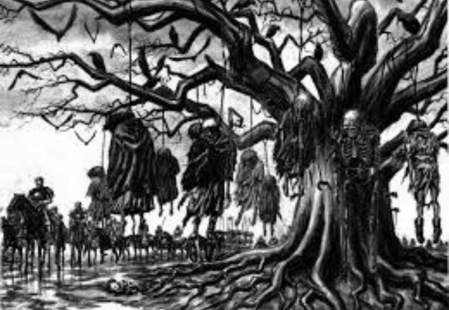 Guts’ life has always been defined by death.

At the start of the Golden Age arc, Guts was a hotheaded young mercenary with a fear of being touched and no real desires beyond fighting. He began to grow beyond that after joining the Band of the Hawk. Guts found people he cared about, someone to admire, and even became intimate with Casca, a huge step for someone who was once afraid of even being touched. Guts began to see that his life of wandering and fighting for its own sake wasn’t really living, and decided to find a goal of his own to fight for.

That all changed with Griffith’s betrayal and the Eclipse.

In one fell swoop most of Guts’ friends were killed, the man he admired betrayed him in the cruelest way possible, and the woman he loved was mentally crippled. Everything about it was out of Guts’ control, but it completely changed the course of his life. He ended up wandering and fighting alone once again, driven only by his hatred of Griffith. All the healing and growth he had undergone with the Band of the Hawk was gone, replaced by rage. For all that it’s a regression to how he was before, this shift is understandable. Guts had gone through hell and lost almost everything; nobody could go through that and come out unchanged.

Berserk has always emphasized how little control people have over their own fates, and this is a perfect demonstration of that idea. All of the major events of Guts’ past that influenced who he is now were caused by factors out of his control, but his past made his present almost inevitable. In this way, both his past and present were out of his control, almost like things were fated to happen that way.

Farnese continues this trend beyond the Golden Age arc. She’s introduced as a religious zealot who hides her sadistic and masochistic tendencies behind a veneer of religious faith. She has no compunctions about burning people she deems heretics or witches and embraces a dogmatic worldview that blinds her to anything supernatural. She sounds reprehensible on the surface, but its hard to condemn her after learning about her past.

As a child Farnese was, for lack of a better word, a brat. She was arrogant, selfish, and spoiled, but not without reason. Her parents were both nobles who spent most of their time away from home, and couldn’t care less about Farnese beyond using her for political gain. She was mostly raised by servants who bowed to her every whim, and the older she grew, the more aware she became of her own issues, which led to her hating herself. When her father returned and tried to force her into an arranged marriage, she set their mansion on fire in a rage. Farnese’s father forced her to join a convent, which is how she ended up joining the Holy See. 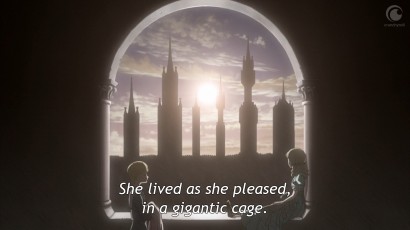 Farnese’s childhood in a nutshell.

Joining the Holy See was what finally gave Farnese purpose, and led to her becoming a heretic hunter. Once again, everything that shaped her personality was out of her control. She ended up so damaged because she had no one to raise her, was sent to the convent by her father, and her passion for burning heretics was yet another manifestation of her problems. She could do whatever she wanted as a child, but was still shaped by the world around her more than her own choices..

For all that Berserk emphasizes the past, there’s one major exception: Griffith. Griffith’s life before he founded the Band of the Hawk is only briefly touched on. All we know about him is that he was a street urchin and was given the Egg of the King by a fortune teller. Everything between that and him forming the Band of the Hawk is left a mystery.

With no details shown about his past, Griffith becomes an enigma. We don’t know where he came from or what shaped him into the person he is now, which makes him hard to figure out. For all intents and purposes, Griffith has no past. In that way, he’s more free than anyone else in Berserk. He’s always framed with a kind of awe, like he’s above everyone else, which is in part because he isn’t weighed down by his past. His actions are his own choice, not the product of some past experience that defined who he is. Even sacrificing the Band of the Hawk was truly his choice, not the work of God Hand. God Hand gave him the option to sacrifice the Band of the Hawk and tried to persuade him, but it was always Griffith’s choice.

Sacrificing them was also a form of rejecting the past. Griffith chose to sacrifice them because it would pave the way for him to achieve his goal of becoming king. If he hadn’t, if he’d held on to his loyalty, he would likely never have achieved that. His actions were still reprehensible, but rejecting the past is what makes Griffith truly free.

The past is a difficult thing to escape, but Berserk shows that it isn’t completely hopeless. After everything that’s happened to him, Guts still fights. He could have given up or just died at any point in all of this, but he keeps moving against all odds, surviving all of his battles, the Eclipse, and even continuing to survive after receiving the Brand of Sacrifice. Surviving and choosing to keep living is how Guts ended up meeting Casca and starting to heal during the Golden Age arc. That may not have lasted, but there’s nothing saying he can’t heal again. The past may be hard to escape, but fate isn’t absolute. 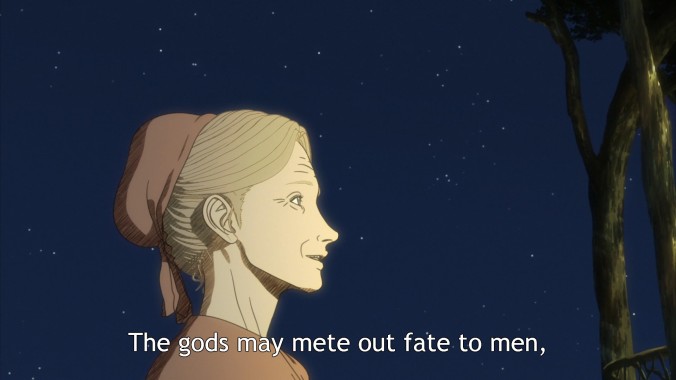 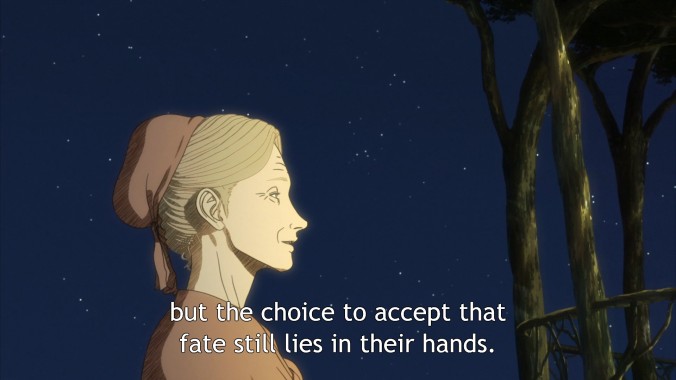