Now that the winter season is about half done, I thought I’d go over how all of the anime I’m following have been so far. There haven’t been that many good dramas this season, but we’ve had a surprising number of good comedies to make up for it; between Konosuba, Maidragon, and Gabriel DropOut, there’s been no shortage of good laughs this winter. Unlike my first reaction to the season, I’m not categorizing the shows here since I’d recommend all of them to some degree (otherwise I would have continued watching them). Now, here are my thoughts on this season so far. 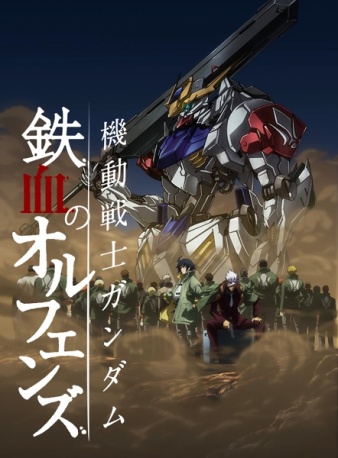 IBO started strong and hasn’t lost any steam yet. It consistently provides exciting mech fights with consequences and interesting characters involved. Between McGillis’s political maneuvering to gain control of Gjallarhorn, internal conflict in Teiwaz’s upper ranks, Iok’s idiocy, and Tekkadan trying to find it’s place in the world, IBO hasn’t had a single boring episode yet. I’m looking forward to seeing how all this ends up, although I have a feeling it won’t end well for everyone. Based on the way things have gone so far and what I’ve heard about Gundam, a completely happy ending is unlikely. Still, IBO is well worth picking up if you haven’t already, and requires no prior knowledge of Gundam to understand. 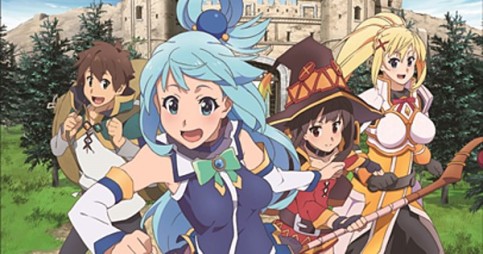 Aside from the somewhat looser animation, this season of Konosuba has continued from season one like it never left; Kazuma’s still a selfish jerk, Aqua’s still an idiot, Megumin’s still a chuunibyou, and Darkness is still a pervert. The main cast seems pretty unlikable on paper, but they have a kind of charm together that makes them fun to watch anyway. The humor’s just as spot-on as season one, even if it occasionally gets too mean spirited. Not much has changed from the first season, but that’s hardly a bad thing. Konosuba is still very Konosuba, which means it’s also very funny.

I didn’t expect Konosuba to have a rival for best comedy of the season, but Maidragon is a strong competitor. It has a likeable main cast, with Kobayashi’s deadpan attitude complementing Tohru’s goofy antics perfectly and Kanna just hanging out being cute. The jokes consistently land (although some get a little uncomfortable) and are supplemented by some surprisingly touching scenes. Some of the best parts have been Kobayashi, Tohru, and Kanna just hanging around acting like a family. Kobayashi and Tohru’s relationship has been gradually growing throughout the season, and you can see a real bond growing between them. I’m looking forward to seeing where their relationship ultimately goes.

On the subject of comedies, Gabriel DropOut has also been consistently amusing, albeit not as laugh out loud funny as Konosuba and Maidragon. It’s largely been a straightforward cute girls at school comedy, with the angels and demons aspect only showing up occasionally to give the jokes a little more variety. Satania has provided most of the show’s humor with how clueless she is, but every character has had at least a few funny moments. All in all, if you liked the first episode, you’ll like the way it’s been going, but if you didn’t, it hasn’t done anything that would change your mind. 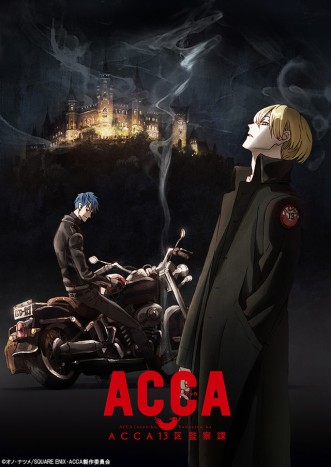 ACCA has continued the first episode’s style of gradually doling out plot reveals mixed into the slice of life elements. It’s largely been episodic, with Jean traveling from district to district doing inspections and slowing learning about all of the political machinations going on around him. The main plot, which revolves around rumors of a coup in Dowa Kingdom, is interesting enough, but the slice of life elements give ACCA a lot more personality. Each district has its own customs, style of government, and cuisine, and part of the entertainment here is learning more about each one as Jean travels around. It seems like things will pick up more now that some major plot reveals have happened and I’m looking forward to seeing where things will go here.

After the excellent OVAs, I had high expectations going into LWA, and it’s largely delivered. Whether it’s Akko desperately trying not to lose her professor (who’s a fish) or Lotte trying to sneak away to attend a book signing by her favorite author, every episode is unfailingly charming and often funny. There have been hints of larger plotlines about how Akko got the Shiny Rod and Luna Nova falling into debt due to a lack of interest in magic, but the show has mostly stayed episodic. It would be nice if it addressed the overarching story more, but even so, LWA has been a lot of fun so far and I’m glad it’s scheduled for a full 25 episodes.

March’s strengths have largely carried over from the first cour: it’s unique art, excellent direction and realistic character all make it a joy to watch. This cour has focused more on the upswing from Rei’s depression as he gradually opens up to people around him and grows more willing to stand up to himself. The biggest standout character has been Rei’s adoptive sister Kyouko. Kyouko’s hateful attitude toward Rei and unhealthy lifestyle should make her completely unlikable, but March manages to make her sympathetic, while at the same time not excusing her actions. It’s a fine line, but March balances the two perspectives well. March is definitely worth picking up if you haven’t already.

And that’s everything I’m watching this season. On the whole, it’s been good, even if there aren’t as many good dramas as there are comedies. Still, there’s no shortage of good shows, including a few that I plan on picking up at some point. It’s been a good season so far, and I’m hoping these shows can stick the landing.