It can’t be understated how influential Madoka Magica was on the magical girl genre. It didn’t invent the idea of “magical girls but dark” but it certainly popularized it. Since then, there have been plenty of anime that have taken influence from Madoka, some good, some not. The existence of Madoka means that Magical Girl Raising Project risked coming off as just another Madoka ripoff. Thankfully, it wasn’t. It was an Akame ga Kill ripoff. I’m joking, of course, but the two have a fair number of similarities, and not in a good way.

Koyuki is a middle school girl who has always been a magical girl fan. While playing a mobile game called Magical Girl Raising Project, a creature called Fav appears and tells her she was chosen to be a magical girl. Koyuki is thrilled and quickly accepts. Things go smoothly at first, with Koyuki and her childhood friend Sou working together to help people and earn magical candies. This changes when Fav announces that there are too many magical girls and they will have to start cutting back. Whoever has the fewest magical candies at the end of each week has their powers stripped, which has the added effect of killing them. Things quickly escalate with magical girls fighting to steal each other’s magical candies.

While Koyuki is technically the main character, MGRP has more of an ensemble cast for much of its run. Koyuki herself doesn’t do that much for most of the show’s run, which gets frustrating at times. She’s barely involved in most of the plot and only really matters in the very beginning and the very end. The supporting cast is usually more interesting than she is, partially because they actually do things. There’s too many characters to talk about all of them, but Cranberry deserves mention. She’s not a particularly complex or original character-she just likes fighting and looks for strong enemies-but she’s still pretty damn entertaining and her fights are generally pretty good. Another standout is Hardgore Alice, a magical girl who’s introduced about halfway through. She also isn’t very complex, but her fights are consistently entertaining, as is her power.

The reason I compared MGRP to Akame ga Kill is because it shares the latter’s worst habit: developing characters at the last minute to make their deaths more impactful. The anime kills off a character nearly every episode, and it becomes predictable pretty quickly. If a character has a flashback or a reveal of their real identity, they’re probably going to die within an episode or two. The few that aren’t telegraphed tend to be too minor to really matter. The show also has a nasty habit of killing off characters right when they become interesting, which just feels wasteful since it doesn’t get much of an opportunity to do anything with them. Killing off characters is fine, but doing this many this quickly and transparently makes most of them lose all impact and become more annoying than emotional. This is especially true when a fairly interesting character is killed off by a far less interesting character, which happens far more than it should. I realize frequent deaths are inherent in the death game subgenre, but MGRP handles them really poorly. They’re too obvious to be shocking, the characters are too distinct for it to become just another part of the game, and none of the characters are developed enough for the audience to care. In a show that relies on shock value and plot twists this much, losing audience investment is a serious problem. Twists about who dies next only really work if the audience cares about what’s going on, and it’s hard to get invested in a story that’s so transparent most of the time. The badly handled deaths make the occasional good ones lose much of their impact.

It’s generally a given in magical girl anime that magical girls are all middle school or high school age girls, but that isn’t the case in MGRP. Despite the way they look in their magical girl forms, several of the magical girls are grown women. One pair is even a lesbian couple. It doesn’t even require that all magical girls be girls. Sou is a boy who always liked magical girls and just looks like a girl in his magical girl form. These details are a nice touch and makes MGRP stand out a little more than it normally would, even if they’re not particularly significant. 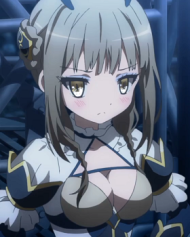 The best part of MGRP is when the characters talk about what makes a true magical girl. Koyuki and Sou both believe in the traditional magical girl-kind, generous and always willing to help people. It’s a fairly naïve idea, but their passion for it shines through and contrasts well with some of the other magical girls, who aren’t so nice. Some are just in it for the power they get as magical girls, while others are completely amoral. This content is far more compelling than the death game, even though it isn’t brought up as much as it should be.

The action scenes are also pretty good. In addition to enhanced strength and agility, each magical girl has a power unique to them. One has perfect aim, one can dig though anything and there’s even one who uses guns. The fights are almost always entertaining and it’s sometimes fun just to see what kind of powers each character has.

The animation in MGRP is pretty solid, although nothing special. Characters are usually on model and action scenes are animated well enough that it doesn’t detract from what’s going on. Character designs occasionally border on loli fanservice, but it’s minor enough to ignore. The soundtrack is similarly solid without being particularly remarkable. The opening is a fairly catchy j-pop song.

Overall, Magical Girl Raising Project was a pretty disappointing show. There were plenty of good ideas and it had potential, but it’s way of killing off characters so rapidly as soon as they got any kind of development was just frustrating. At the very least, though, it was entertaining and had some good action scenes. The way it ended was surprisingly good, though, and left room for another season with potential to improve, although I doubt it’ll get a second season.

Magical Girl Raising Project is available for streaming on Crunchyroll.